Since the beginning of October 2021, strange things have been happening in the quiet natural forest near the Hemmersuppenalm in Upper Bavaria. Sometimes during the day, sometimes in the middle of the night, it shines bright as day between the trees. A curious forest animal or a hiker passing by by chance may wonder: Where does this mysterious light come from? 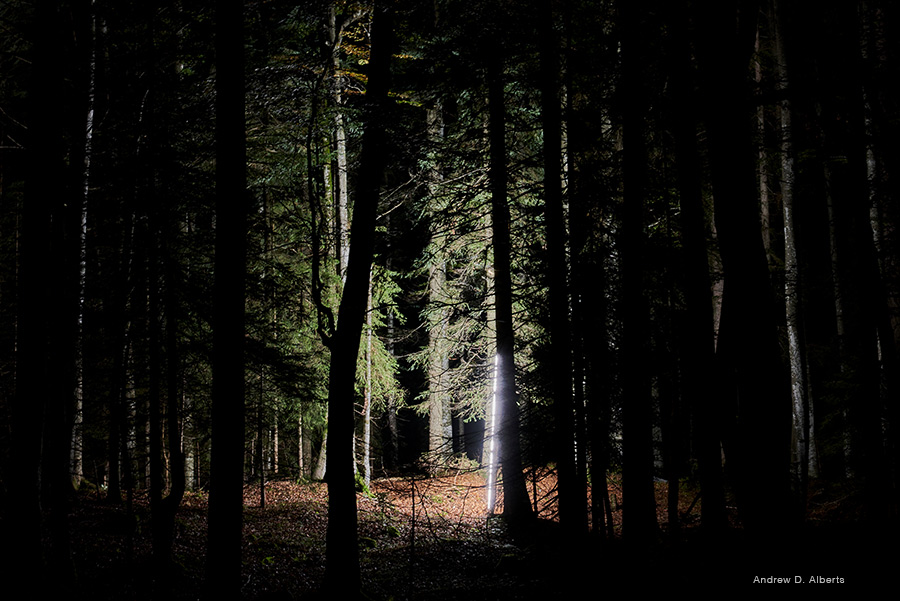 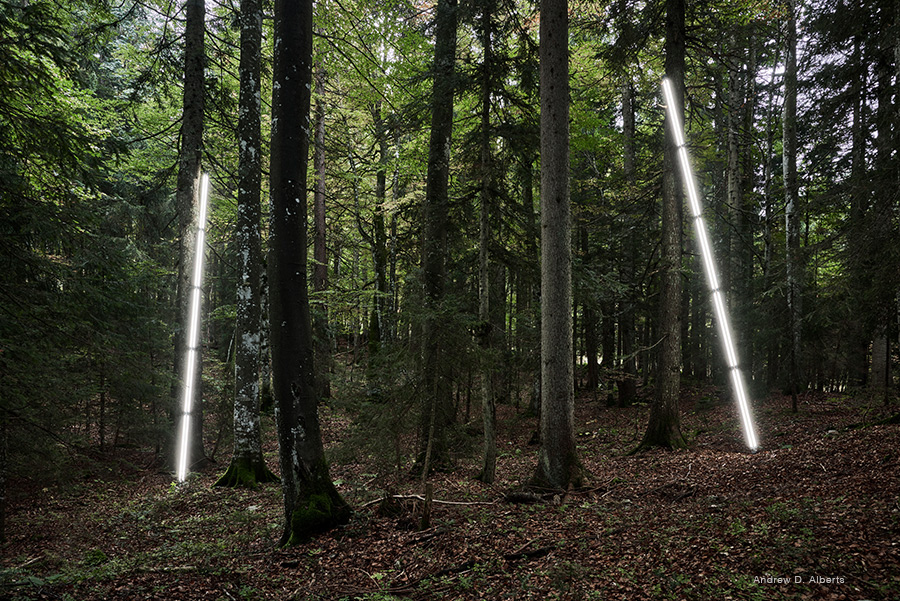 As you approach, you see three light poles, leaning against trees as if by chance, creating an artificial clearing. It is the light installation "Forest" by Anne Boissel, Berlin light designer and artist. Five light lines, the Luxsystem SL 67.2 LED by HADLER, are mounted in two rows on three stiff, 7.50 metre high wind boards. In this way, the artificial light transforms a completely normal piece of forest near Reit im Winkl into an illuminated stage.

"It is an intuitive, not an intellectual project," explains Anne Boissel. It is intended to encourage the viewer to engage with this natural place in a new way. To let them see details that they would not have noticed in the normal light of the sun - such as the delicacy of the leaves or the wild growth of the beech and spruce trees left to themselves. Despite or perhaps because of the simplicity of the installation, strong contrasts are brought into the bright light: the industrial straightness and perfection of the luminaires, for example, in contrast to the crooked, wind-shaped form of the illuminated trees.

Or the total darkness in this star-sheltered area at 1200 metres above sea level, where you can see as far as the Milky Way on a clear day, in contrast to the artificially grey brightness of the lighting. 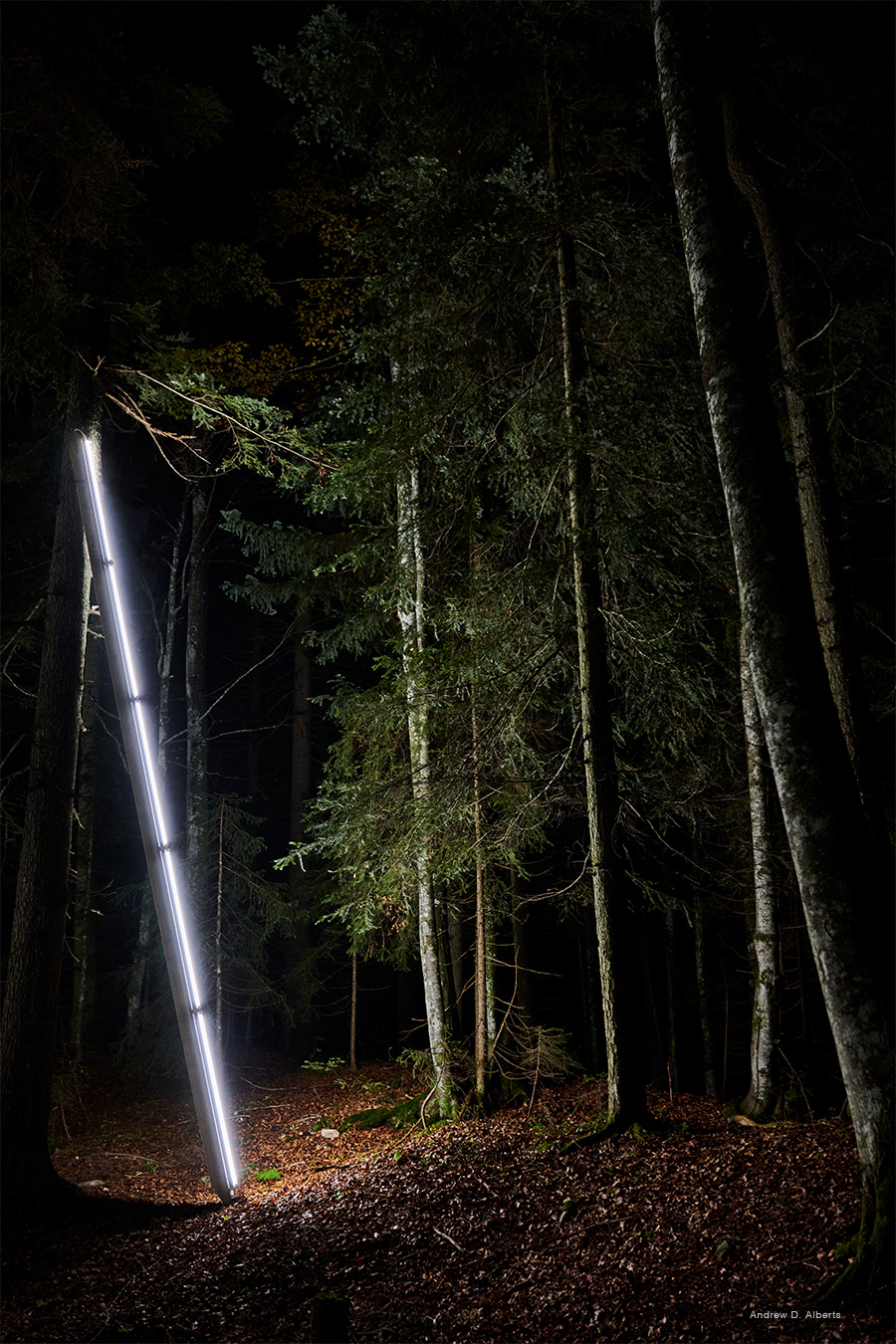 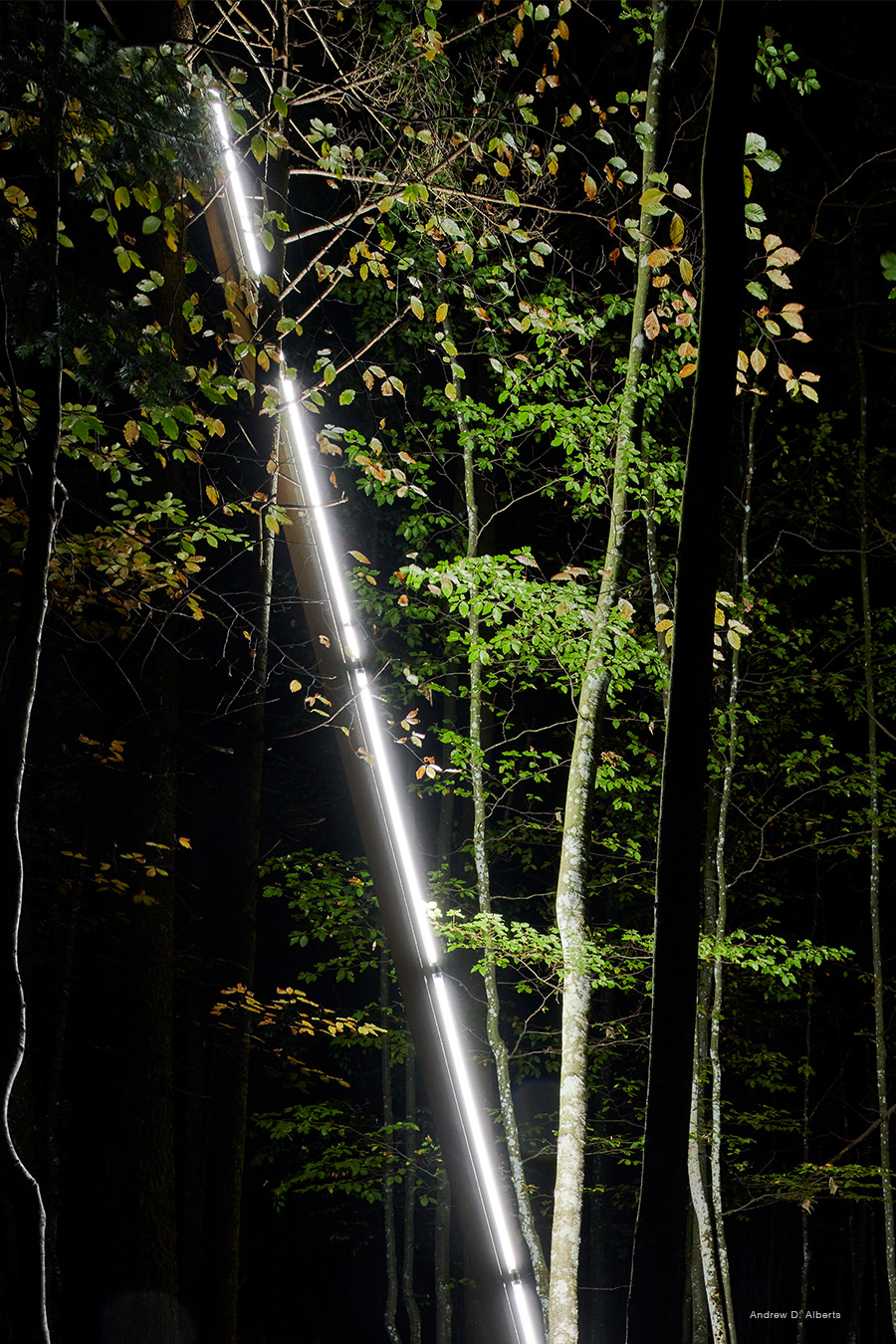 The project arose from the artist's need to give a voice again to the blackness of the night, which has almost been lost today. Dealing with this very blackness - and with light as a contrast to this blackness - is one of Anne Boissel's main motivations for her work.

The installation is temporary and will remain in the forest until this October, where it will be photographed at regular intervals at different times of the year and in different weather conditions. The resulting series of images will then constitute the actual work of art.