SALTO: Light that does somersaults

There are objects that make you feel an almost childlike desire to pick them up and play with them. This is exactly what SALTO by Aust & Amelung is - the luminaire that does somersaults. Admittedly: The design requires a bit of a head for heights. After all, the luminaire can be completely rotated around its own axis along two filigree loops. The coloured lampshade is thus a trapeze artist and reflector at the same time. In this way, a new lighting mood is created in every rotational position.

The SALTO luminaire hides something surprising under its cheerfully colourful shade: The SL20.3 series is popular with lighting designers and architects because of its minimalist form, which blends particularly unobtrusively into any linear architecture. 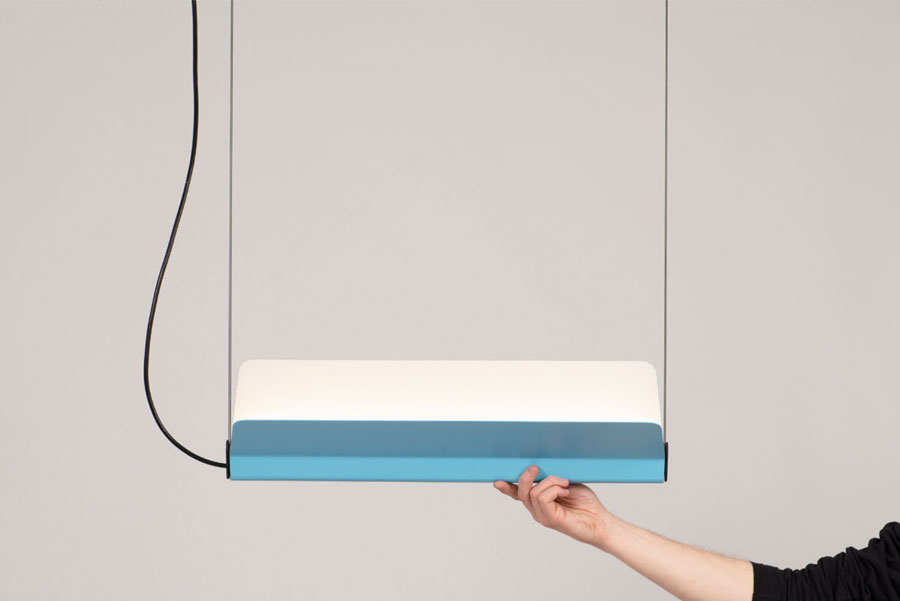 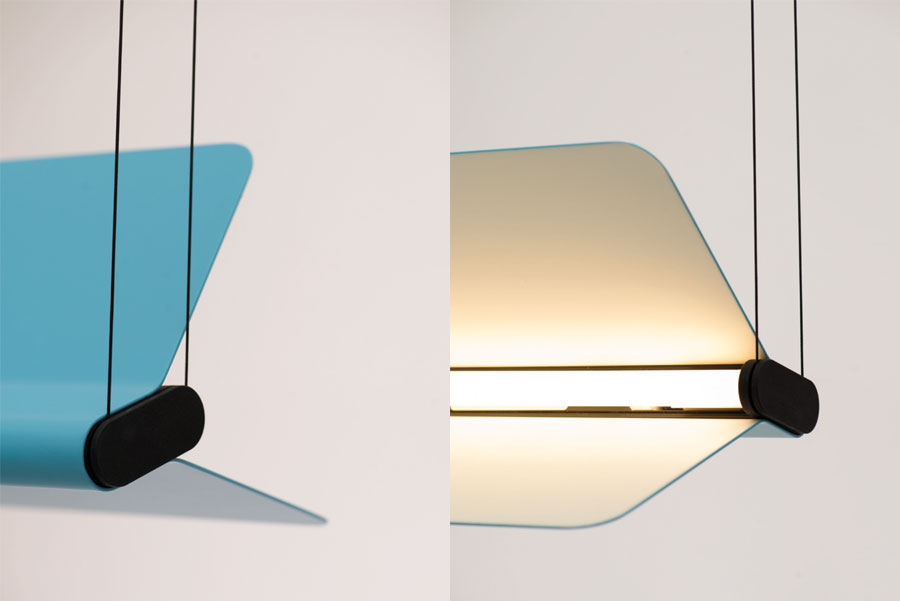 HADLER's idea of inviting designers to use the SL20.2, SL20.3 and SL67.2 luminaire series as the basis for imaginative, sensual luminaire designs has resulted in close cooperation with the Aust & Amelung design studio from Kassel. Together, they have succeeded in perfectly combining sophisticated design and technology to create a true lighting experience. 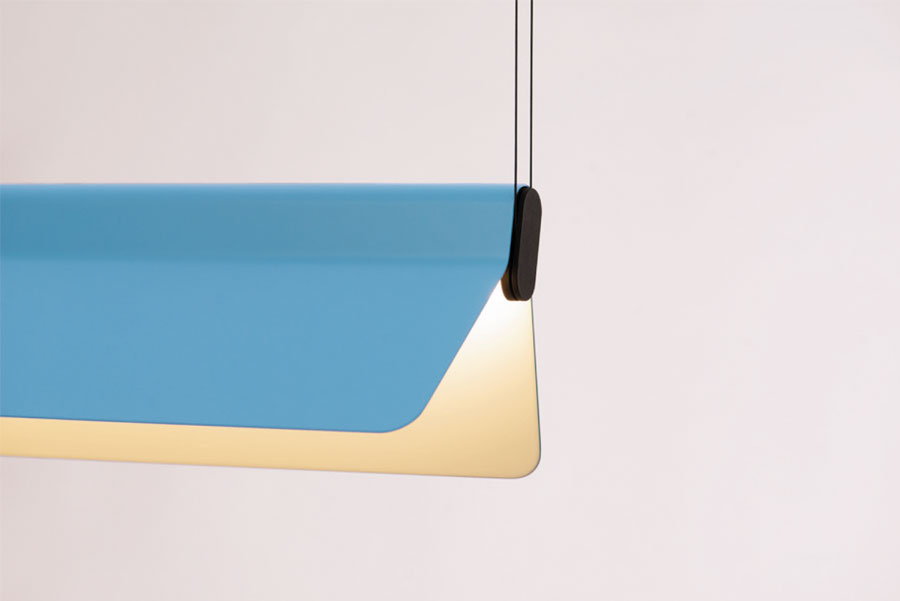 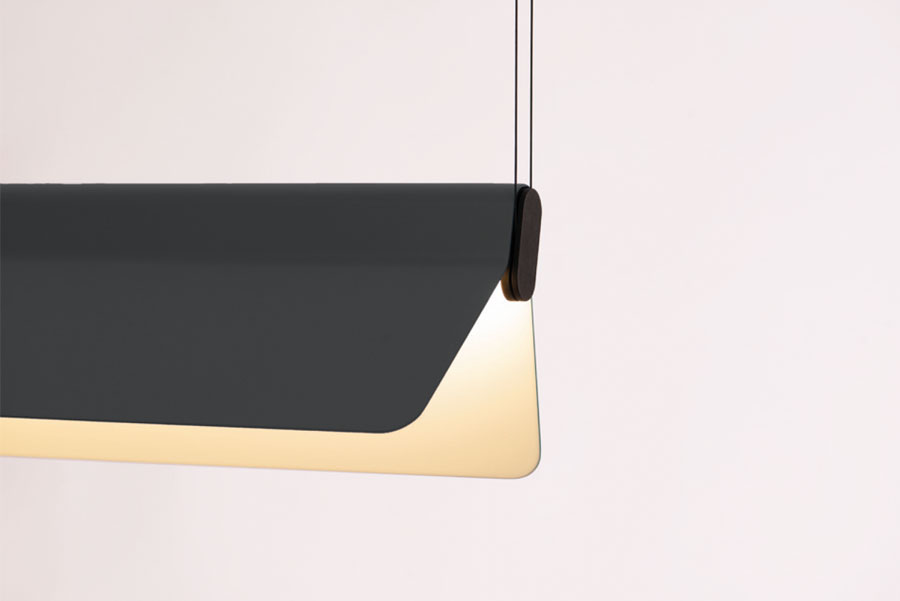 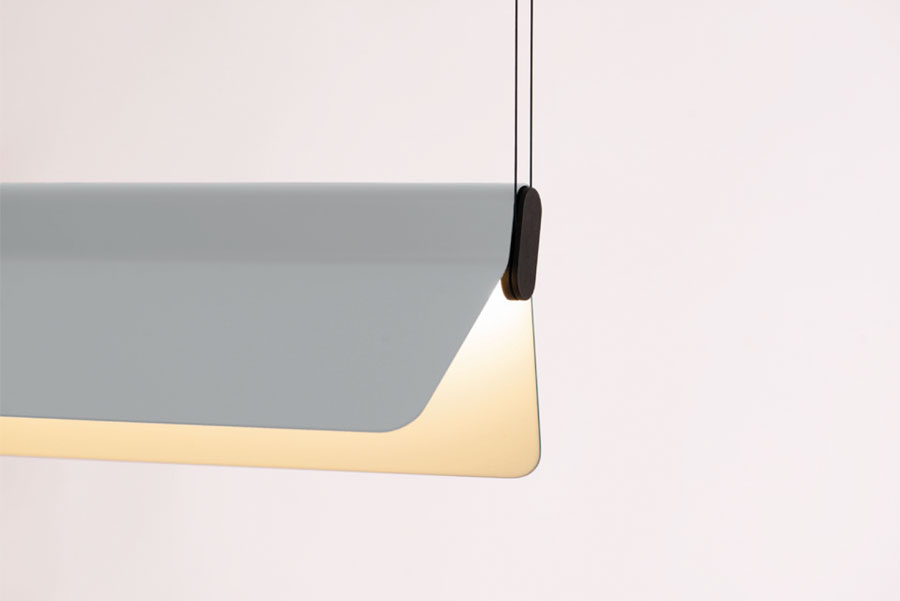 The designer duo, who have already demonstrated their wealth of ideas for the furniture manufacturer COR, have now shown with SALTO that light lines can indeed be anything but boring. 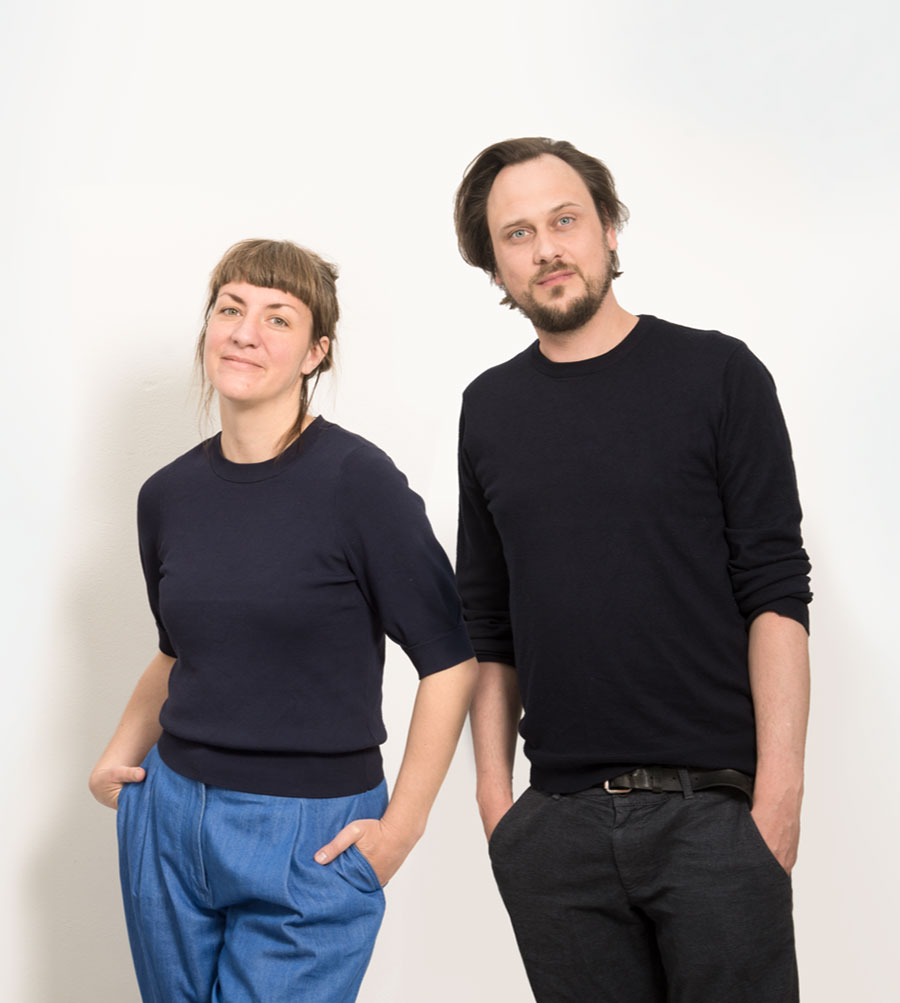